Shit is about to get real for Julian Assange.

Many of my readers know that I'm averse to accepting most conspiracy theories because for the most part, they have morphed into "They" ories.

No one can ever tell you who "They" are, how "They" did what they did, how "They" were able to compartmentalize an operation that would include 100's if not 1000's, of unwitting accomplices and then keep them all quiet about the who, what, why, when and how of the operation that was successfully carried out by the "They".

You are now witnessing the fallout of a major screw-up by elements of the Obama Administration, Hillary Clinton,The Democratic National Committee, Anti-Trumpers (yes, you John McCain), major media figures and an assortment of side-show freaks employed on both sides of the aisle.

But this isn't a conspiracy, in any sense of the word. These asshats operated out in the open, uninhibited by threat of prosecution, within clear view of the agencies charged to protect the public and the media that promotes itself as operating in the public interest. Our watchdogs were either asleep or in on it.

It is reported this morning, in many major newspapers, that Julian Assange is about to be kicked out of the Ecuadorian Embassy and handed over to U.K. Authorities. If that happens, Assange stands a good chance of being extradited to the U.S. to face charges in connection with the publishing of classified information.

In the past 2 weeks, the Mueller/Russia/Collusion/RICO/innuendo/setup/witchhunt/fishingexpo investigation heated up with the announcement of Mueller's indictment of 12 Russians that his court will very likely never see within it's halls. He knows it, the Russians know it, hell for that matter, anybody that reads the news knows it. Then, there's the problems that confronts Mueller if through some mysterious alignment of the planets, sets even one of the indicted within his reach....proving his claim. Indictments make for nice news fodder but can come back to bite you in the ass if you fail to make your case. Mueller doesn't care, his efforts exposed in his going after Enron proves that.

Could the end game of all this Trump/Russia/Clinton/Stormy-in-a-Dcup be to finger the Ruskies as a way to take down Assange and divert attention away from the efforts by the Obama Administration on behalf of the Democrats and Hillary? Was Assange a target from the outset? Did they use a Trump ruse to get him?

My two cents.....Brennan, Clapper and Comey, with knowledge of and approval by Obama, in collaboration with several others is positions of influence, attempted to circumvent the electoral process by aiding and abetting Hilary Clinton, the DNC, et al., in throwing the Democratic Party primary process and the General Election of the U.S.

Hillary's election was, to paraphrase George Tenet, a "slam dunk". The game was rigged. Problem is, they got busted. The other side found out. Not only found out, but found out exactly what they were up to and watched them lie their way through the entire process up to and including this day. Everything that we've seen happen since the swearing in of Trump is a coordinated effort to create a scandal using the very same assets implemented during the election, arranged to point the finger in a certain direction while hoping the media will pull their weight by influencing what comes to light before the public. The media will let us know what's important, don't worry.

Everything the main stream press is telling you about this series of events is bullshit.
But, we knew that back in 2016, before Trump took office... 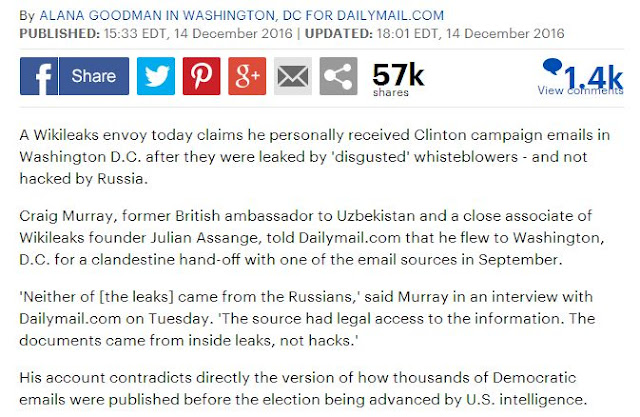 In January of 2017, the Office of the Director of National Intelligence released it's report on the Russian Influence in the 2016 Election.

The report can be found here: https://www.dni.gov/files/documents/ICA_2017_01.pdf

The entire contents of that report is bullshit. That report was complied by one, James Clapper and one, John Brennan, both of which have repeatedly lied to Congress without fear of prosecution. James Clapper was the guy who famously lied about the illegal NSA collection of data when he was asked if the Government collected any data on citizen's phone data and he replied "Not wittingly". Not only was the Government "wittingly" collecting the data, they were threatening the phone providers if it wasn't handed over. This is the same Clapper behind the Saddam WMD's that never materialized. Has the Left/Liberal/Progressive/Democrats forgotten that they wanted to convict Bush for the lie when it was Clapper that generated it?
But, of course...
Brennan is famous for being involved in fuck ups his entire career. He was station chief for the CIA when the Khobar Towers were blown up in Saudi Arabia. He supported torture under Bush. He oversaw the "driving while droned" program that resulted in executions of untried, unconvicted U.S. citizens. How much collateral damage is this guy responsible for? How in the hell is Brennan embraced as a CNN expert in every damned thing the liberal left has demanded Bush, Chaney et al. be prosecuted for as war crimes?

Is anyone in the main stream media even attempting to point out the hypocrisy to the Democrat/Leftist/Liberal/Progressives that they conveniently, collectively ignore? No, and don't hold your breath.....

An example of their knowledge of Russian hacking and forwarding info to Wikileaks, is the dedication of half their report to telling us about RT...Russia Today....Russian TV in mainstream America. RT is a state sponsored propaganda machine and that proves that the Russians provided the DNC emails to Wikileaks. Julian Assange has been on RT ...ipso factso Russia gave Assange the DNC emails.. Go get Assange.

Remember...it ain't a real conspiracy until Fetzer says Da Joooooooos did it........

One reporter from the main stream has done an excellent job of following the bouncing ball and setting things in order. 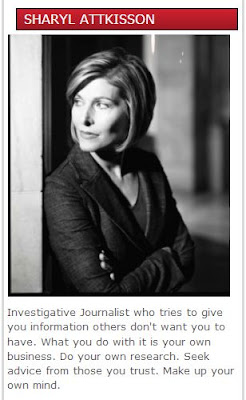 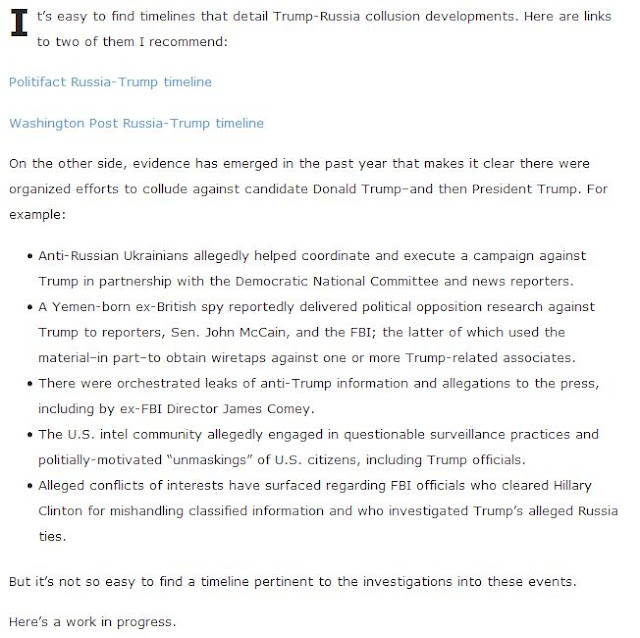 The full timeline can be found here: https://sharylattkisson.com/2018/07/10/collusion-against-trump-timeline/

Sharyl Attkisson speaks from experience. She's seen first hand how the power of the government can reach right into your home..... https://sharylattkisson.com/2017/04/02/attkisson-v-eric-holder-department-of-justice-et-al/


Just yesterday, the release of 400+ pages of information surrounding the issuance of a FISA warrant for surveillance of Carter Page shows that the unsubstantiated Steele dossier (paid for by Hillary, The DNC and the FBI) was used to obtain the warrant. The FBI paid for the unsubstantiated information used as probable cause evidence in a FISA warrant against a U.S. citizen in an effort to entrap the President Elect of the United States.
Until now, main stream media has been running interference for the Democrat sponsored coup attempt.. Just in case you're paying attention, it's illegal for someone to seek a FISA warrant and lie about the veracity of the underlying evidence presented to the court.

Someone fucked up. Where is main stream media's reporting on the subject?


Let's look at the state of the Russia Collusion investigation...in the past year, the only changes of status are in the culpability column of the Democrats, led by Hillary and her henchmen Brennan, Clapper and Comey.

Here are two stories from Mark McCarty  from last year

*Editor's note: Past experiences with chiropractic starvation gurus withstanding, this guy sources his argument. It's worth the read... 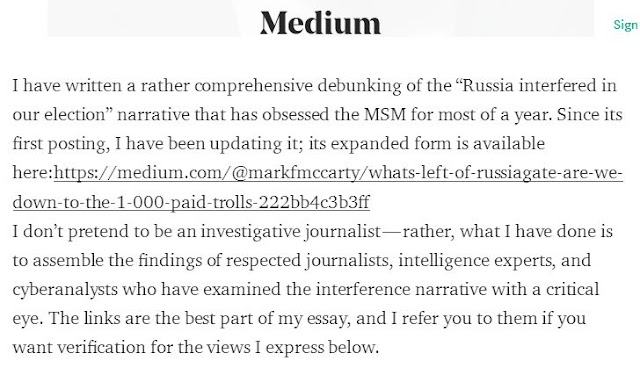 McCarty goes on to discuss the probability that Seth Rich was the source for Wikileaks' DNC emails. Not the Russians. The Obama Administration, Hillary, the DNC, Brennan, Clapper and Comey need you to believe it was the Russians. That is, until the whole thing blows over after Mueller's allowed to have his run fun.

The second, mentioned above.... 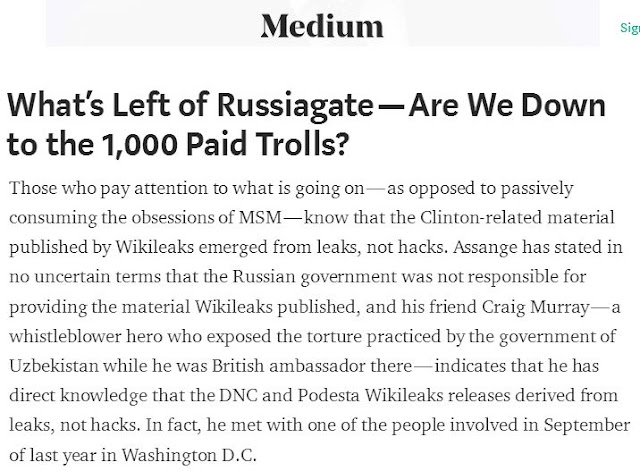 McCarty reiterates his claims concerning Seth Rich but goes on the discuss evidence in the case showing that the DNC emails weren't hacked but actually downloaded somewhere on the East coast based on metadata included in the purloined emails.

Bet CNN didn't tell you that!