They're brutal. They're effective. They're eternal... 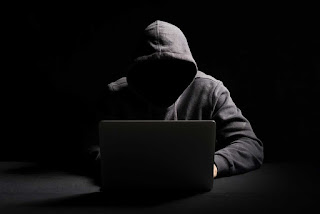 I'm going to take you on a journey down the dark side of the net. The side where anonymity allows for trolls to take pot shots at anything or anyone without much blow back or effect on the troll's daily life, off the net. This first installment of three, will cover the results arising from a collaborative effort of thousands of netizens that took an interest in a Korean entertainer and damn near ended his life.
Imagine the year 2010. You've just turned 30 years old and the world's laid out in front of you. Back in '02, you achieved both your Bachelor's in English Literature and your Master's degree in Creative Writing from prestigious Stanford University in just three and one half years. In 2008, you published a book of short stories in Korean and it became a best seller. Just last year, 2009, you married a popular, not to mention beautiful Korean actress. On top of all this, your hip-hop group, since 2003, has released seven albums, five of which hit #1 on the Korean charts and produced six, #1 singles.
This was the life of Daniel Lee.
Then it all came crashing down.... 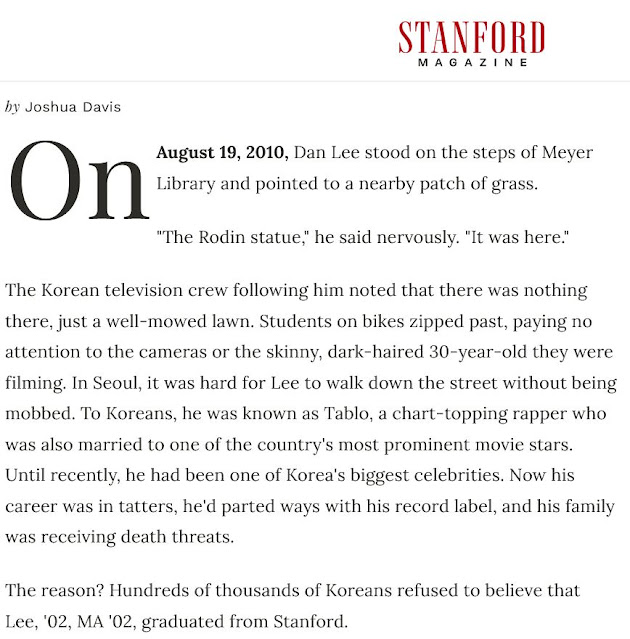 (It wasn't just Koreans in Korea, it turns out a  major player in all this is a guy living in Chicago) 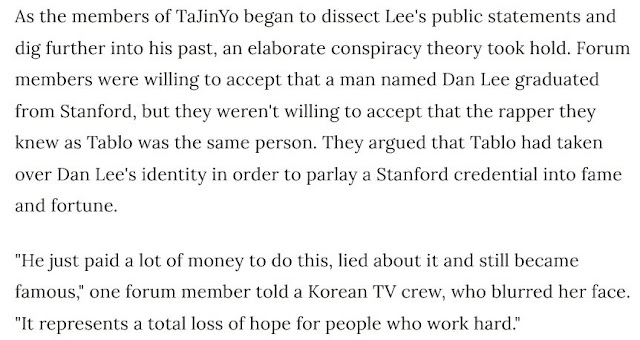 I'm not sure of the translation to Korean for "it was then, that things got squirrely". The "netizens " then went after his wife, his mom and his brother. Friends that stood up for him suddenly came under scrutiny. He was made a pariah. An entertainment program in Korean followed Lee back to Stanford to prove that transcripts he offered in support of his college claims , matched the registrar's copy. His paperwork and diploma were legit.

(read the rest of the Stanford Mag article here: The Persecution of Daniel Lee )

You can read Wired's take on it here: The Stalking of Korean Hip Hop Superstar Daniel Lee

The power of the anonymous trolling.  Lee says ‘It was like I had stepped into the middle of a modern-day witch hunt.'

This is where the intricacies of Korean society come heavily into play. Many of the claims made against Lee were actually criminal offenses. But then again, many of the claims, if found to be not true, opened a whole new can of worms called libel/slander lawsuits.  Any shameful act in a person's past could be blown up into a major scandal. And quite frankly, the same people who adore and worship a K-pop artist are just as quick to turn on them. It all depends on how much exposure the story gets and whether the subject of the scandal is male or female. Patriarchy still rules in Korea and it's effect is that female celebrities usually fare worse than their male counterparts when it comes to scandal (more on that in episode B).

Epik High while leading the charts, were able to take the unknown or appreciated hip hop and smash  it into a K-Pop back beat and it caught on. For the uninformed, K-Pop is a universe of its own. A universe that rotates around the eternal light of fandom. Fan Clubs are managed business. The more popular you are, the higher you climb up the ladder to K-Pop success. The more popular a celebrity, the wider range of nutjobs that will sit behind an anonymous name and take pot shots at them. It's almost a sport in Korea. I'm not sure Americans can appreciate the extremes that K-Pop 'stans' take in their cults of personality.

Until the arrival of BTS in 2021, K-Pop wasn't very mainstream on U.S. music charts. Over the years, some groups have set some milestones. 2NE1, a YG Entertainment girl group, hit the Billboard Hot 200 at 61st in 2014, with their album Crush. At that time, the highest charting of any K-Pop group ever. BTS just nailed the achievement of 4 of the top ten best selling songs of 2021 in America... Forbes Article

K=Pop has come along way since Psy's Gangnam Style in 2012, peaked on the Billboard 100 at #2. The video was the first on Youtube to hit 1 billion views. It now has over 4 Billion.

Epik High's Born Hater:
I’m a born hater. Dali Van Picasso?
I’m Velazquez, Millet, el fuckin Greco,
It’s my echo, the feel of a VJ, shit
You’re all cheap versions of Blo, my imitators and pupils, shit
This is how my personality always is
Even if there’s no problem, fuck em
So I understand why you attack me
They say to me, be a man, why you act like a bitch
Want me to take off my pants and let it all out?
TaJinYo, you’re cute, I’m trying to love ya
It doesn’t go with my paradoxical life
My collapsed fortune tries to draw infinity
Your useless complexes, no matter how much you try to go against me, it’s your loss
Your stupid accidents are due to your carelessness
I told you many times, I’m two counts above you
Whatever they say, I’m a monogamist motherfuckin one and only
https://lyricstranslate.com/en/born-hater-born-hater.html 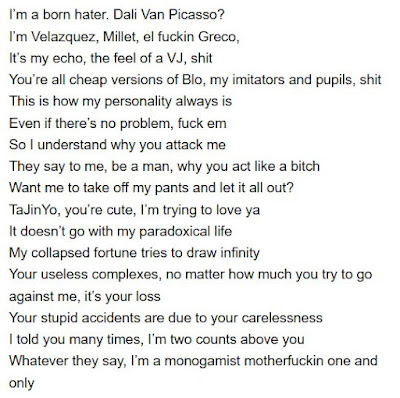 You can read the rest of the translation here or (duh...cut the english captions on in the video)

Tablo doesn't hold back. Much of Epik High's work is banned from air play due to subject matter. Koreans keep their limited discussions of class warfare, homosexuality, drug use, political criticism, depression or any mental disorder off the top page unless the media or public decide to take you down. Many attacks against celebrities have ended tragically, in suicide. 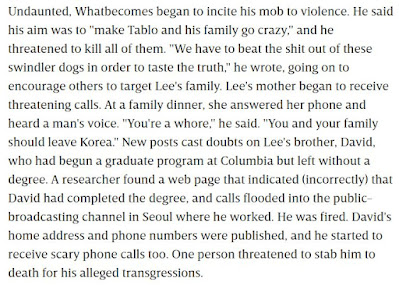 Lee went as far as producing a transcript and a diploma. Traveled to Stanford to meet with the registrar with a film crew in tow. The University issued statements that Lee was an alum in good standing and that he was truthful about his academic record.

It didn't matter. Nothing he did mattered. Imagine 100,000 Jim Fetzers going after you and your family.  Whatbecomes (actually turns out to be Eung Kim, a 57-year-old Korean-American businessman living in Chicago) was relentless in his pursuit of Lee. People piled on. In fact, early in the attack, pre-TaJinYo days, one blogger got in on the action. One of his posts...

Read Wired at the link above to see just how far a jealous cousin will go to try to exact a pound of flesh. Face it, some family will fuck you in ways that effect you the rest of your life. It finally took Lee suing 22 of his tormentors to bring this hellish nightmare to and end. End isn't the right word. Conclusion doesn't fit either. For him it will always be there...the doubt, the acrimony, the personal attacks on his family.

Epik High "UP" featuring Park Bom
Some follow up articles on the results of an official investigation .....
12 Are Indicted in Tablo Case
Tablo Vilifiers Get 8-10 Months
And the main culprit in all this, walks away without having to answer for his actions.
I can only hope that the wheels of justice grind on and eventually nail Mr. Eung Kim for his blatant Fetzering in the life of Daniel Lee.
In Episode B, we see a different direction of attack. This one generated by the media. We'll explore a few conspiracy theories as to the why and the how as we watch the take down of a celebrity, her group, her career, and well being......