SHADOW GATE : or a lesson in biting the hand that feeds you

*just for the record, I blame it on the girl friend... 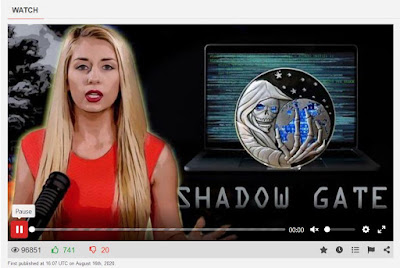 Meet Millie Weaver. Ms. Weaver is also known as Millennial Millie and has worked hard to garner a large online following. Below is a screen cap of her YouTube channel and as you can see, she has almost half a million subscribers.

The Shadow Gate Plot: The Military Industrial Complex, through it's contractors, run various elaborate, clandestine networks that are being used to undermine the privacy of citizens, influence our elections, create chaos by instigating civil unrest and attempted to remove President Trump from office.

I happen to somewhat agree with events I described in the plot, but not because of Shadow Gate. The documentary itself does little to prove it's claims, contains no bombshells and basically rehashes old news. What is does successfully is show that one of the main "whistle blowers" is full of shit.

And it's the" whistle blowers" that end up costing Millie Weaver her credibility and access to Alex Jones' wallet. Ms. Weaver has been sponsored by Alex Jones in the past, to provide content for his Info Wars network. Because of YouTube's censorship, Ms. Weaver was forced to use Alex Jones' Banned.Video site, to host her movie. Ms. Weaver had a channel on Banned.Video for her content, but that ended Monday when Jones removed her channel and Shadow Gate from his site. (I will explain why further on in the saga)

You can watch the film here: https://www.bitchute.com/video/DS7CN67XL1lb/

At the beginning of Shadow Gate, you are introduced to two former employees ("whistle blowers") of government contractors; Patrick Bergy, who first was trained in the U. S. Army and Terpsichore Maras-Lindeman who was first trained in the U. S. Navy and is now know by her online nom-de-plume, Tore.

Mr. Bergy has written a book and made several official complaints to members of Congress, members of media and anyone else that will listento him  about his knowledge of supposedly illegal activities, by the owners and officials of the company he worked for, after leaving the Army. Mr. Bergy could also be described as a "theyorist". (Theyorist: someone that states a conspiracy theory which accuses the mysterious "they" of nefarious activities without specifically naming the "they".)

Tore, as it turns out, is a self-proclaimed super-spook. She has claimed, in the past, to be a syndicated radio show host but it turns out that she was a non-paid host of her own show that used to be carried on Red State Radio. But, that's not all...through various posts over the years, across the web, she has claimed to be a former Commissioned Officer in the U. S. Navy, multiple degree holder from Harvard, Columbia, Univ. of Kentucky and both a PhD. and a M.D. On top of those credentials, toss on mother, wife of a recently arrested pedophile, journalist that learned everything she knows from the dead Andrew Breitbart and host of the Tore Says Show. 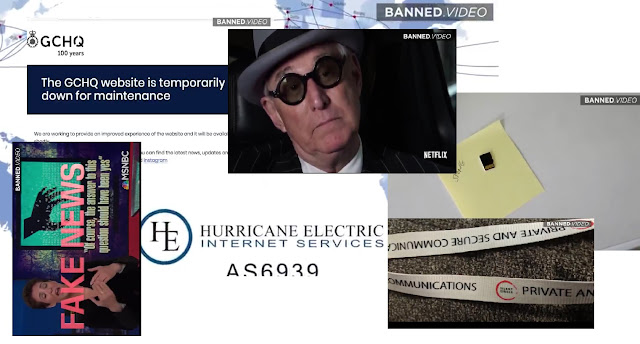 Now, 15 minutes into Shadow Gate, the patented bpete bullshit alarm goes off. Millie Weaver states that Tore claims to be the actual person that moved electronic files while employed at Stanley Inc./CGI in 2008. This was the fiasco where 3 State Department contract employees viewed Obama, McCain and Clinton's passport files prior to the election. And the reason my bullshit alarm went off is because of the way Tore describes what happened. First, Stanley Inc. was a contractor hired to process passport applications, requests, inquiries etc. Two Stanley employees accessed the files without authorization. They were immediately fired. There was a second company named The Analysis Corp. that had one employee access the files and that employee was reprimanded and their access to the database was removed.
Stanley Inc. was not bought out by CGI until two years later, in 2010.

Secondly, Tore says that she was instructed, because she was "back in the states", to go by a certain office, access the files and remove information from the files. She goes into detail about how she did this and put the information on two rugged drives. She also explains that when John Brennan wanted information, he would "make it look like a hack". And that, after Tore removed information from the files, someone else would access the file and put information back in the file.
The problem with this whole scenario is that the Feds had a monitoring system on that database which told them exactly who accessed the files, when they accessed the files and from what location they accessed the files. Tore even makes reference to the three employees to Millie Weaver in the dicumentary but somehow, Tore's action went undetected. The big hullabaloo that came from these unauthorized accesses is that lower level managers handled the problem and didn't inform upper management. Upper management discovered what had happened when a reporter asked then Secretary Rice about the unauthorized access to Obama's file and all hell broke loose.

Tore gives us the supposed truth about Seth Rich and his murder, which is contradicted in her podcast show where she gives a different account of the hack of the DNC server.

More about super-spook Tore in a moment.... 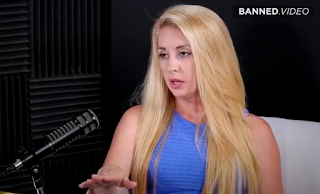 Millie Weaver trudges on through Shadow Gate and eventually gets to the DNC, RNC server hacks and Russia Gate. Tore claims to have been involved with a group of people using the undernet that actually copied the DNC server info that was copied by Seth Rich and divided up the info for safe keeping. In fact, she claims to have sent copies of the portion of the server info in her possession to AG Sessions and Assistant AG Whitaker. Which again, I call bullshit on because she had Whitaker on her podcast for an interview on May 20th and never asked him a single question about receiving a portion of the hacked DNC server info.

It's the section of the documentary that deals with Russia Gate that fucked things up for Millie Weaver. Patrick Bergy claims that "they" (I can only assume he means Brennan and Gen. Jones, his old boss) attached Paul Manafort and Roger Stone to the Trump campaign so these cyber-security contract companies could honey-trap Trump into being connected to Russian and election influence. The problem is Bergy makes a claim that's not true. The movie institutes tree diagrams that are not correct and Tore contradicts Bergy about Stone and yet, as we find out in the update to the documentary, Tore was responsible for bringing Bergy into the project to try to bolster her claims which were bullshit to begin with.

Although they paint Stone and Manafort with the same brush, they also claim that Stone's loyalty to Trump will keep him from flipping on the President.

This is the portion of the film that caused Alex Jones to go scorched earth on Millie Weaver. And who could blame him. By putting Stone in a bad light, you put Alex Jones in a bad light. Bastards by association.

Overall, Shadow Gate is an enjoyable watch if you have zero knowledge of things that have gone on in the cyber spook world the last 20 years. The problem is that at the end of the movie, you've been bombarded by Tore bullshit from start to finish.

Now, on the day that MIllie Weaver was going to upload Shadow Gate in preparation for it's debut, the local Sheriff's Office shows up and arresst Millie Weaver, her brother and her partner on  an indictment for a domestic violence situation from last April involving Millie's mother. This led to a conspiracy "theyory" of it's own because the cry from Tore is that "they" arrested Millie, et al because of the pending release of Shadow Gate.
Here's what happens...anytime law enforcement has an arrest warrant for any domestic violence related charge, they wait until Friday mid-day to serve it. Why, you ask? Because in most every state in the nation, a domestic violence related arrest requires that your ass stays in jail until you go before a judge. Judges don't show up until Monday morning which means a weekend in jail for you because you can't have bond set until you see the judge. Cops, Sheriffs and other law enforcement know this and take advantage of the situation to be assholes, if only for the reason... because they can.

All through life, from high school to college and beyond, guys have come in contact with some hot babe and her less attractive girlfriend. It's almost as if nature pairs these two up as a way to cock-block one guy as two buddies go out to hit the bars and meet women. Tore in the very recent past, has worked her way up the food chain to the status of Millie Weaver's less attractive girlfriend.

I can only reason, that Tore's reason is to gain some legitimacy for a life of cons, financial judgements and the recent arrest of her husband for having sex with a child. Kind of Like Judyth Baker and her latching on to Jim Fetzer in the beginning of her fleecing career.

Tore has been a guest on the Hagmann report...where we see this bio... 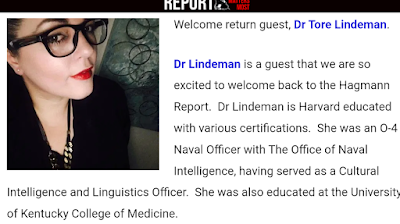 O-4 in the Navy is a Lieutenant Commander. If she obtained that rank, she needs to update this... 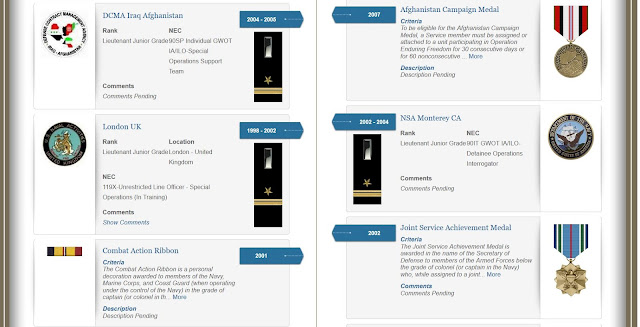 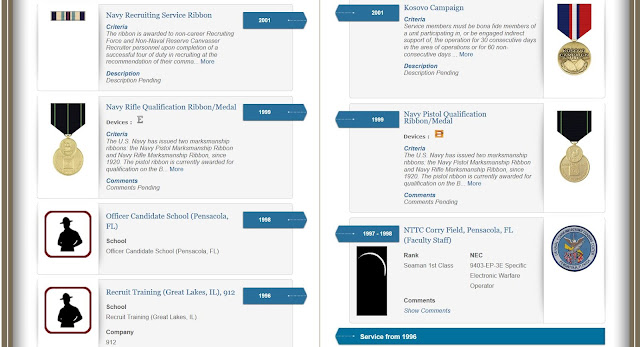 The captures above shows the super-spook Tore to have been an O-3 when she left the Navy in 2008. And if that's the case she needs to call the Navy and have them update this... 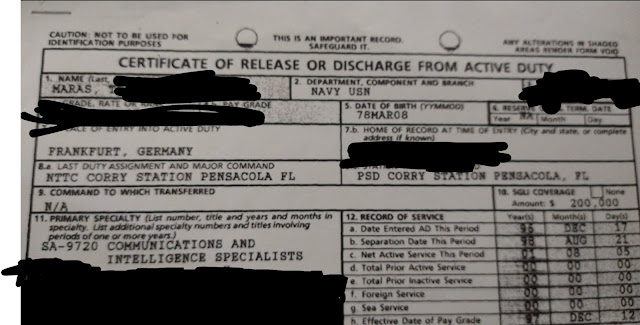 The two captures above are of Tore's DD-214 that she posted on Twitter in response to people questioning if she was actually in the Navy as an Intelligence Specialist. 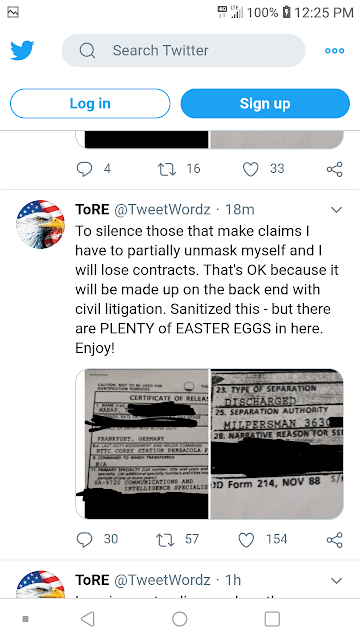 The DD-214 creates several more problems for Tore's claims. She has repeatedly said that she tricked her parents into signing an age waiver for enlistment into the Navy. Her DD-214 shows that she was 18 years old when she enlisted. It also shows that she had one pay grade change during her short career and not several over the 12 years she claims to have been in service. In addition, her discharge date is shown as Aug. 21, 1998.

I wonder if her being charged with 4 counts of forgery in Pennsylvania on March 2, 1998 had anything to do with her General Discharge from the Navy? Or maybe it was the fact that a warrant was issued for 4, F3 Level Felonies on Aug 17, 1998? 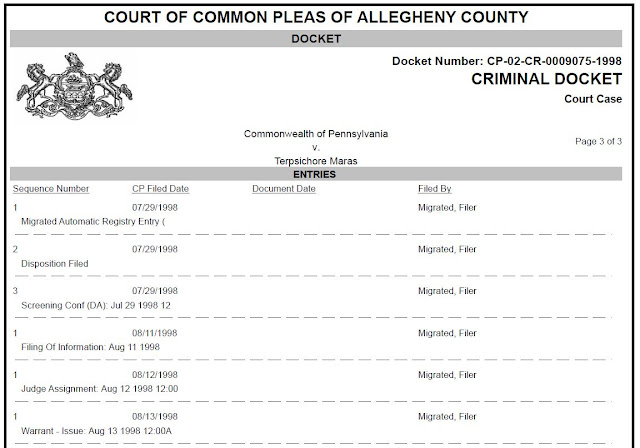 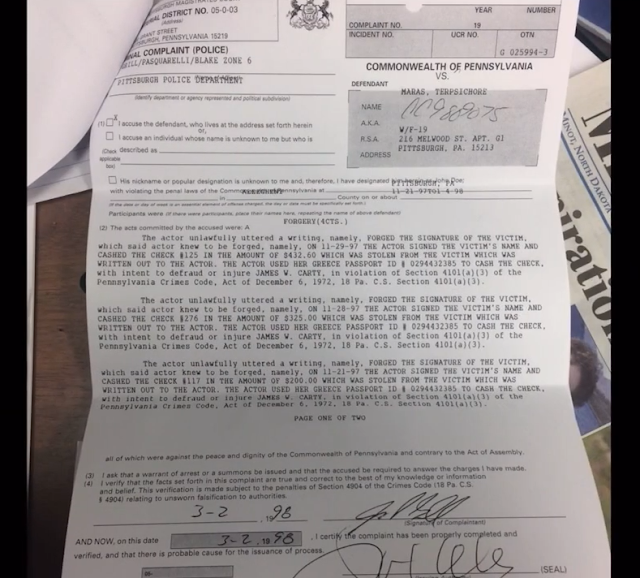 The document shown immediately above can be seen in this you tube clip which also shows judgements reaching tens of thousands of dollars again Tore....

Tore is currently being prosecuted by the Attorney General of North Dakota for a charity scam.

She has claimed on the Pete Santilli show that the Stuxnet computer worm used to disable Iranian uranium centrifuges in 2009 was her idea from the 1990's.

Tore has claimed on numerous occasions to have traveled the world in the military after being recruited at 16, arriving back in the U.S. in 2008.


Tore is from New York so apparently that qualifies her as an expert on 9/11.

My advice to Millie Weaver is to cut ties with girlfriend Tore and try to get back some credibility and then maybe, just maybe, she can mend fences with Alex and Roger. Tore is catching hell from all sides of the net for bullshitting her way through life and dragging Millie Weaver down with her.

I'll leave you with this, one of my favorite photos of Millie captured from where Twits leave their Tweets...... 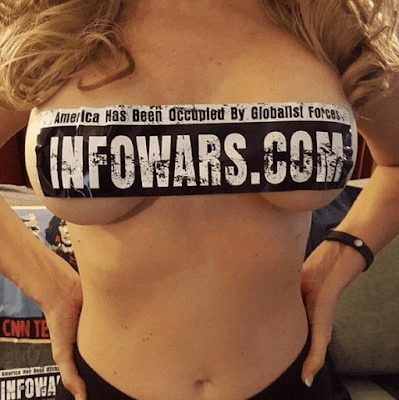 I've got an extra Ochelli Effect bumper sticker I'm going to send her to see if she'll model it for me, but I don't think it will stretch far enough........ 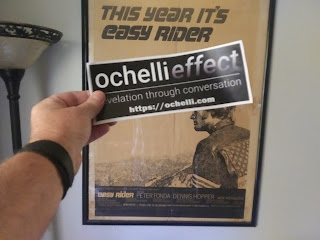