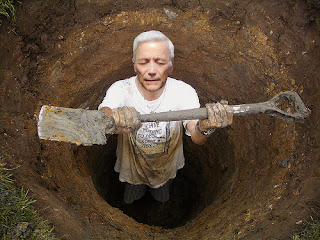 Damn, Raff*'s been trying to dig his way out of this one all afternoon.....

Why rely on Raff*'s what ifs? Raff* has been weaving a story for years. Much like his fellow weaver-class member Judyth Very Faker.

We have the transcript of what happened and what was said.... 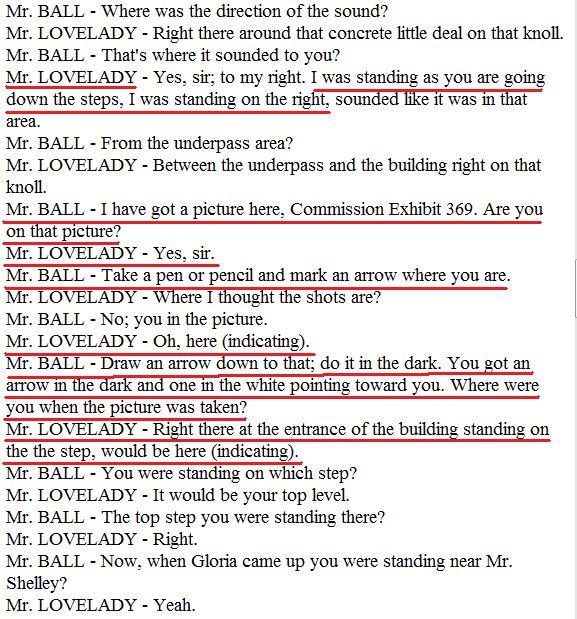 Lovelady stated where he was. Standing as you were going down the steps on the right.

Ball stated that he had a picture and asked Lovelady if he was on it.

Lovelady stated that he was.

Lovelady indicated where he was in the picture.

Ball directed Lovelady to draw an arrow down to where he just indicated.

Ball stated that Lovelady drew an arrow down to himself and that there were two arrows pointing towards him on the photo, where Lovelady indicated he was.

Ball asked Lovelady where he was when the picture he just marked was taken.

Lovelady described where he was AND INDICATED WHERE HE WAS A SECOND TIME.

According to Ball, there were two arrows pointing to the same person indicated by Billy Lovelady twice. 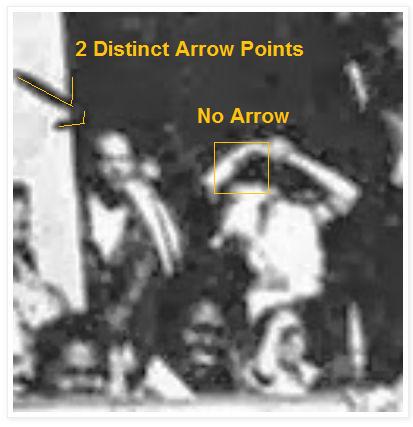