You can tell when Raff*'s about to lose it. I imagine his attitude is about where it was when he got fired by C. Carson, his wife left his ass and he was on his way to check into the local looney bin. 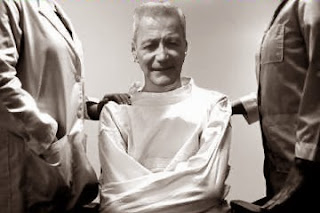 Raff* has gone on a multi-post rant and still can't produce one bit of mathematics to back up either his or the Fizzicist* Serg*'s claims.

Instead, we get bat shit rants about interstate crime and big pictures.

Well let's look at a couple of pictures... 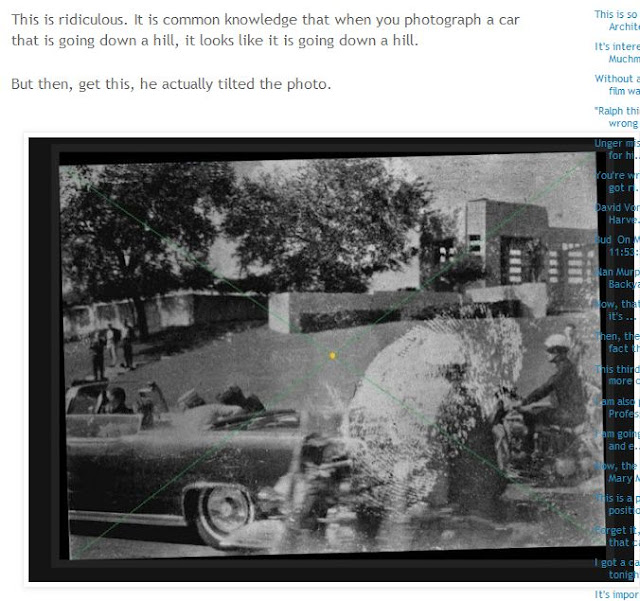 That's right Raff*. I tilted the picture to put the vertical things vertical and to show that Moorman's camera wasn't level when the picture was taken. 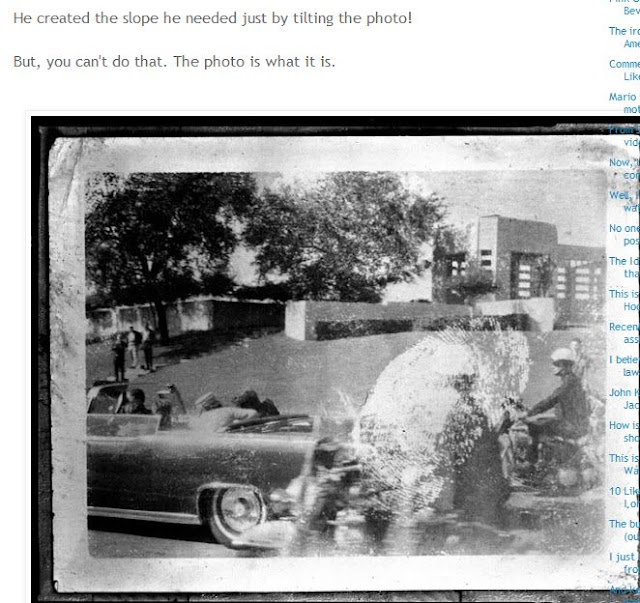 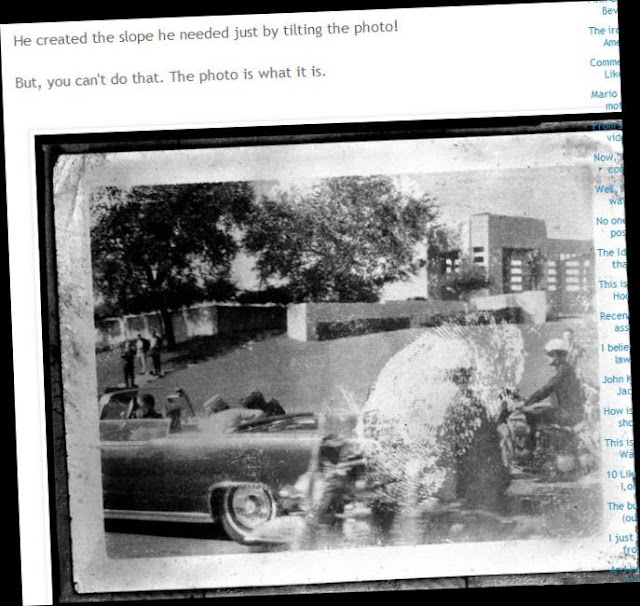 There you go Raff*.

You're right Raff* If you would spend more time learning about photography, physics or trigonometry, instead of running your mouth about thing you know nothing about, you wouldn't look like such an idiot. 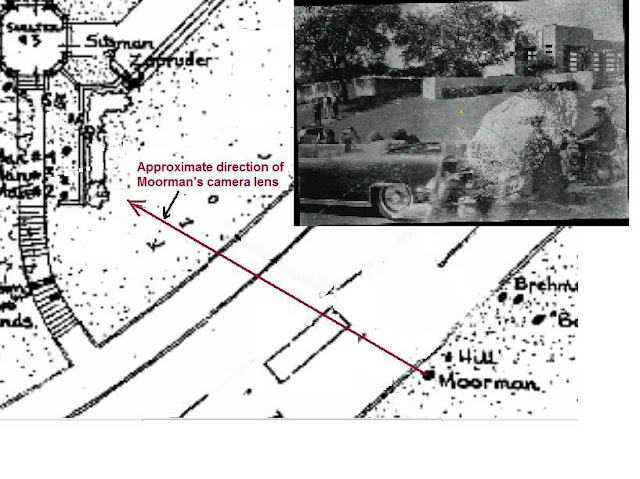