Calling Out The Judyth...What's your source? 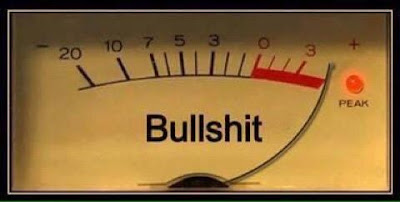 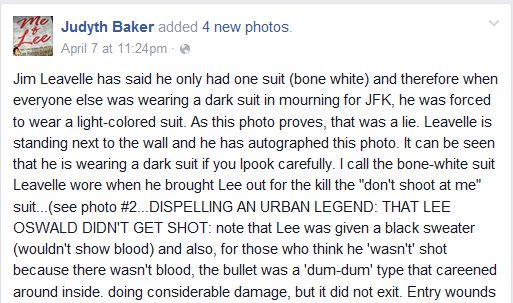 What's your source Judyth for the claim in your first sentence? Let's dismiss the description of 'bone white' because Jim Leavelle's suit has been described as white, tan, light brown, cream colored and light by multiple sources. The suit is on display and it's tan.

(truth be known...the boots displayed are not the original boots he wore that day, he wore them for years after and threw them out)

But getting back to Judyth Very Faker's claim....

Judyth, please answer the following: What is your source for Jim Leavelle supposedly saying the tan suit was his only suit?

The reason I ask is because there is archive footage and photos of Leavelle in dark suits before and after Ozzy was shot.

I also have links to two newspaper articles that refer to Leavelle saying the suit was given to him by a friend after he had out grown it. It was an expensive suit, sold at Neiman Marcus. Leavelle had it altered.

And then there's the testimony of Thomas Meros before the ARRB in 1994.....

So Judyth...can you name a source or are you using an unattributed statement to create another cow pie to add to the manure pile you've built over time? Why would you try to twist something so easily refuted?

Jim Leavelle wore the tan suit because it's the one his wife laid out for him.

Oh and an FYI....the bullet that killed Ozzy did not "careen" around his body. It went in a straight trajectory from left to right and slightly back. It lacerated his spleen, severed multiple arteries then stopped just under the skin on his right side. Two thirds of his blood settled in his abdominal cavity.

Do some fucking research why don't ya....