We'll get back to patty purveyor Raff* in a bit. Now, I'm going to discuss the antics of Oswald Incompetent Clown Chairman Larry Rivera. Larry has as good a track record when it comes to JFK, as his namesake Geraldo Rivera has, exploring mob boss vaults.

They both come up empty... 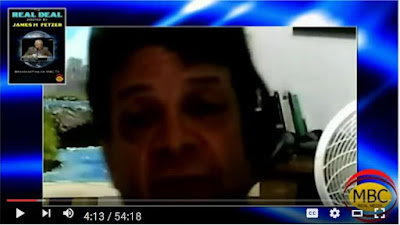 Larry comes in next to next to last in the order of lousiest OIC photo critic, worsted only by Raff* and Richard Hooke.

At the end of last year, Larry was able to secure an interview with Mr. Roy Lewis. Lewis was an employee of the Texas School Book Depository on the day that Kennedy was assassinated. There has been some debate as to the identity of Roy Lewis, as an individual captured in the Altgens 6 photo. In Lewis' own statement to the FBI, he claimed to have been standing on the inside of the front entrance. 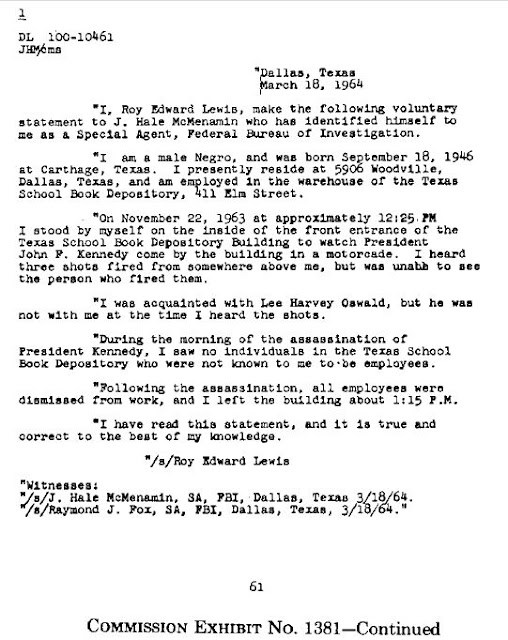 Some people interpret Lewis' words to mean that he was actually inside the lobby, looking through the glass at everyone on the top step or landing at the entrance. In the interview, Lewis says that he is standing outside and being the last person to go out. That would put him at the rear of the crowd on the landing.

This is an important issue, in that, Lewis would have been right next to the only door leading into the front of the building. He would have seen anyone coming in or leaving at the time of the shooting. As crowded as the landing was, it would seem impossible for someone to move through the crowd and swing open a large glass door, without someone having to move out of the way.

When the time came for Larry to extract some excellent information from Roy Lewis, Larry Rivera blew it. Large time.

Larry led Roy Lewis right down the rabbit hole to a false confession.

I am going to link to Larry's video about the interview. I make it a practice to never link to blatant dis-info but in this case I think it's necessary. Larry Rivera broke every ground rule of objectivity resulting in a leading and suggestive interview. If Roy Lewis was guilty of a crime, and Larry Rivera was the cop that got Roy to admit he was there in the photo at the time of the crime, even the worst attorney would be able to get him a not guilty verdict, but also prevail in a multi-million dollar settlement for Rivera's tactics.


You can enjoy a larger viewer by going directly to the vid here: https://www.youtube.com/watch?v=UZOBn8wcIJU

The issue of who is Roy Lewis and if he was captured in the Altgen's photo was best covered by Robin Unger on his blog here: http://quaneeri2.blogspot.com/2015/04/who-said-black-man-on-steps-was-roy.html


Here is a crop from Robin's original post on the subject....


This photo collage was never shown to Roy Lewis. Instead, Larry Rivera used a crop of Altgens and a copy of the center photo (Skaggs) to get Roy Lewis to agree that he was actually Carl Jones.

The Cow Pie Posse has known of the above photo since April of 2015 and yet they purposely avoided to show it to Roy Lewis.

While discussing events of the day with Roy, Larry brought up the floor laying crew. He frames the discussion as if the crew wasn't laying new plywood down because, as he says..."you need carpenters to do that..... because you have to cut plywood...to measure up to the areas there.....a carpenter would have to do that, not an order filler."

The OIC maintains that you have to be a professional carpenter to rip a piece of plywood and nail it to an existing hardwood floor. 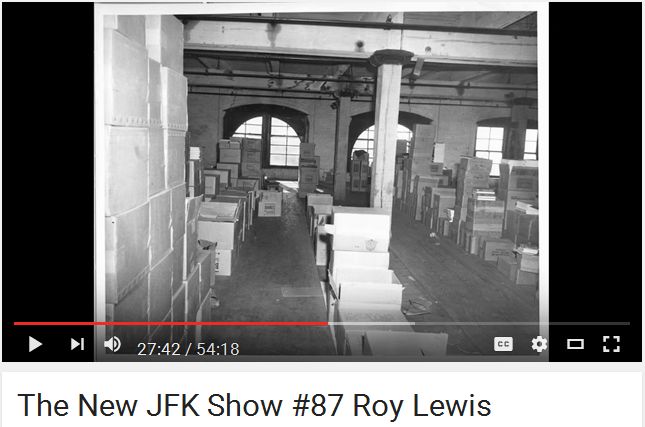 Larry goes on to say...." It's like I said, I've examined every photograph of the sixth floor and I ain't not seen any tools, anything that would indicate that type of work I mean that's a an a involved  a operation, you know, you need... you have to bring plywood up there. How big were those floors? You know you would have to have stacks of plywood. ..."

Larry Rivera has examined every photograph of the sixth floor.....


EXCEPT HIS OWN DAMN PHOTOGRAPH 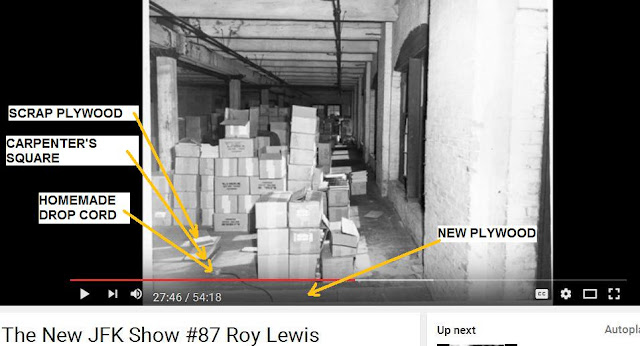 Larry Rivera has examined every photograph of the sixth floor and has seen nothing to indicate that type of work. 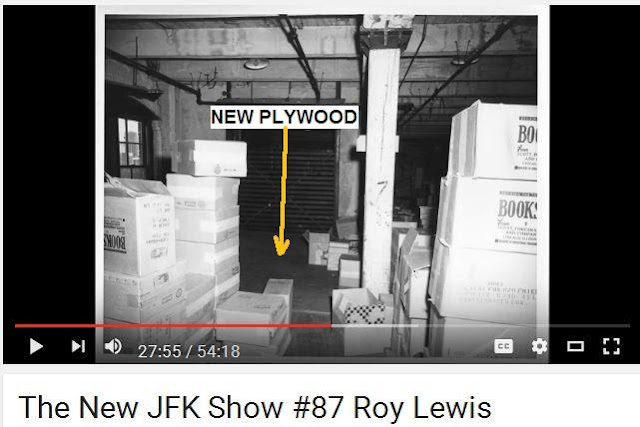 There is a web site called the Portal to Texas History. 6th graders have been clicking on it for years for school reports and like endeavors. You would think the prestigious researchers of the OIC would be capable of finding these examples....I guess they should have hired a professional 6th grader. 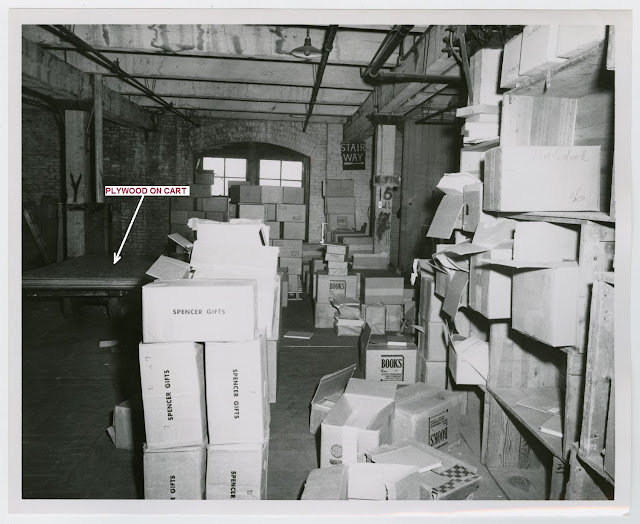 Funny how a bunch of order fillers were smart enough to figure that out.

I guess there's some gullible people within range of Willie "the half brain" Knowles, if he can make a wage spoutin" such hooey. 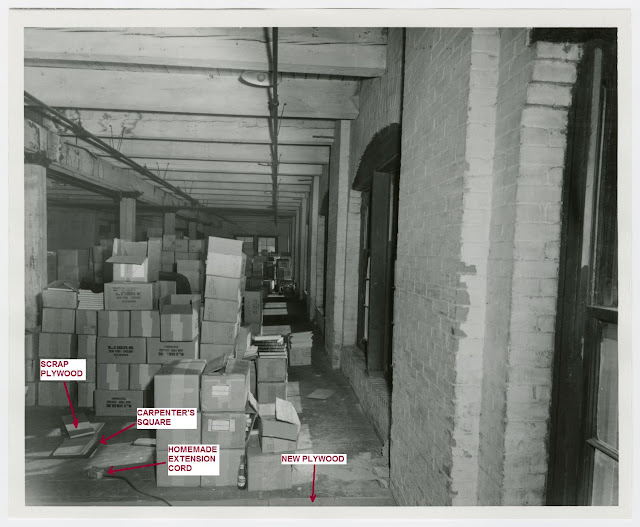 Hmmmmmm....you would think Willie "the half brain" Knowles would be able to pick out a carpenter's square bein' as how he's a profeshunal and all......