Question for the masses.... 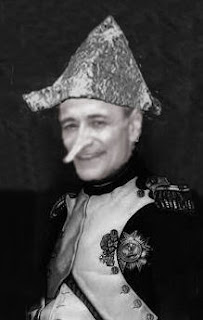 I have to ask.

Lee Harvey Oswald's name popped up in places he shouldn't or couldn't have been. Did they pop up as a result of someone actually engaging in interactions with people or did they pop up after the fact in documentation? Was Oswald simply a name appropriated by the powers that be? Or was Ozzy an OP? Raff* screams no. The Judyth says yes. Fetzer backs The Judyth. Not sure what Geraldo thinks. Not sure I care.

Could the "powers that be" have decided to simply use the name Oswald and gotten hugely pissed when the real Ozzy decided to "make himself famous", long before Raff* could do so, and muck up the operation? Is that why they took him out? Were the "powers that be" hoping for a different outcome because of the assassination, only to see their plans go south?

Jim Fetzer hasn't done any research in to JFK. None. What he has done is gather together different work product from others and condense it into a poorly edited books and sell them. If something is disproved, it's someone else's problem, not Jim's. Raff* is an opportunist. He spins some crap past Jabba and he's suddenly the golden child.

How many of Fetzer's books have a section written by Raff*?

The Judyth has books. Jabba has books. Richard and Larry have a book.

Did someone put Cinque and Fetzer together for a purpose?

Is the name Cinque simply a company name?

Did someone take advantage of a random individual's pure bad luck? Easiest way to assume an identity is to take over one of someone, that actually lived and died. Social Security account is already set up....DMV records already exist. 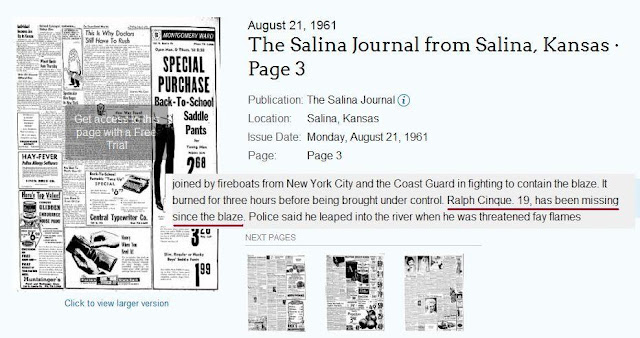 Ralph Cinque disappears at 19, by jumping into a river to escape the flames of a massive blaze in New York.

Raff* Sink claimed to have lived in New York, with ties to law enforcement.

Raff* Sink claims to have left New York and moved to California. 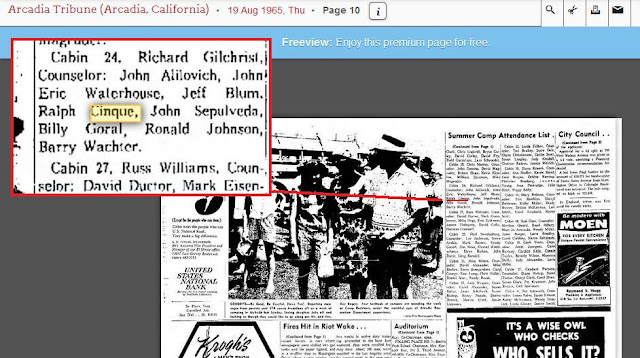 Remember that we're applying OIC logic to the matter...

Next we see the name Cinque re-appear in  the mid-70's in the form of a radical, convicted felon and self appointed Field Marshall of the Symbionese Liberation Army. Field Marshal Cinque (Donald DeFreeze) escapes from Soledad Prison, goes underground and forms his Army. Cinque turns out to be a certified schitzo that goes on to kidnap newspaper heiress, Patty Hearst. Cinque has been linked to various Police departments and is rumored to have been a MK-Ultra camper while in prison. 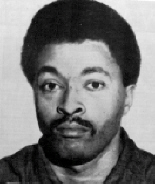 On May 17, 1974, the Los Angeles Police Department surrounded a house where DeFreeze and five other SLA members were staying. The stand-off quickly escalated into an all-out battle with both sides trading fire using automatic weapons[citation needed]. The house caught fire during the shootout (possibly from a smoke grenade). DeFreeze and others crawled through a hole in the floor into a crawlspace beneath the house, where they continued to fire at police until the crawlspace likely caught fire. Apparently burning alive, DeFreeze committed suicide by shooting himself in the right side of his head with a pistol. He was the final fatality during the shootout. His corpse was so severely burned that his family did not initially believe the remains belonged to DeFreeze.[citation needed] 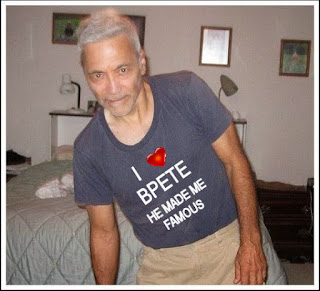 The current Cinque seems to be on a mission to discredit the entire JFK research community. Irrational screams emanate from the OIC blogsite on a daily basis, giving pause to the rational, as they ponder the implications of Raff*'s delusions of grandeur. Raff*'s spiraled a little further down the rabbit hole with each year that passes. He's taken the one "theyory" that was the easiest to debunk, well past the point of interest.

Is someone getting a pass by certain entities that would normally lower the boom on someone that has violated several laws in their questionable business endeavors?

Is someone getting a pass?

Or is someone just another flaming asshat that happens to be undergoing some additional scrutiny because they THOUGHT they were getting a pass?

It may explain some peculiar behaviors resulting in Raff*'s brushes with the law, due to lapses in lucidity.

We're currently tracking down reports of Raff* receiving a citation for not paying admittance to a State Park. Apparently, Raff* and an unnamed male companion were heading into the woods in an area known for clandestine operations ( IF ya know what I mean)....when ticketed, Raff* showed his ass and ended up getting his truck towed. We're currently researching the citations and will post our findings.