Time To Call Judyth Out

After a brief, but very informative talk with Wim Dankbaar, Wim decided to go crying to Judyth, Queen of the Weaver Clan.

I can only guess that Wim is clueless when it comes to people and events outside of his bubble.

His bubble consists of a lot of attorneys: 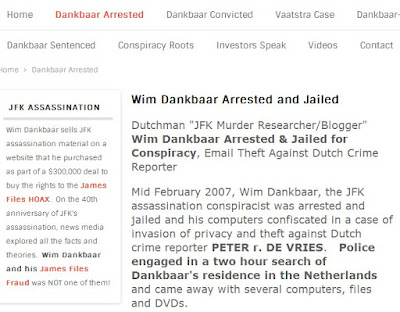 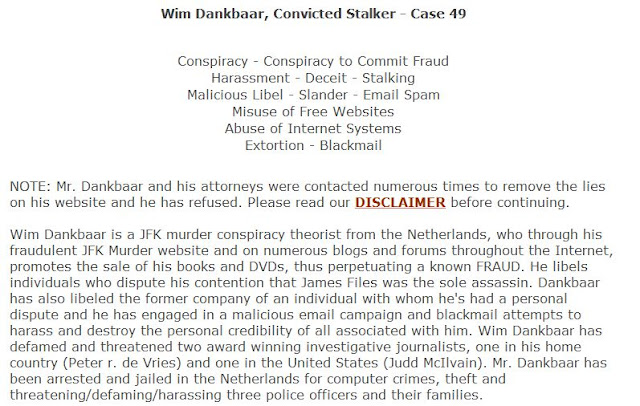 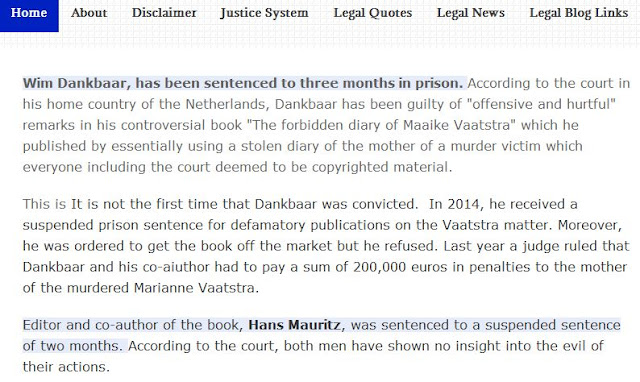 But enough about Wim.

He went whining to Judyth Very Faker and this was her response... 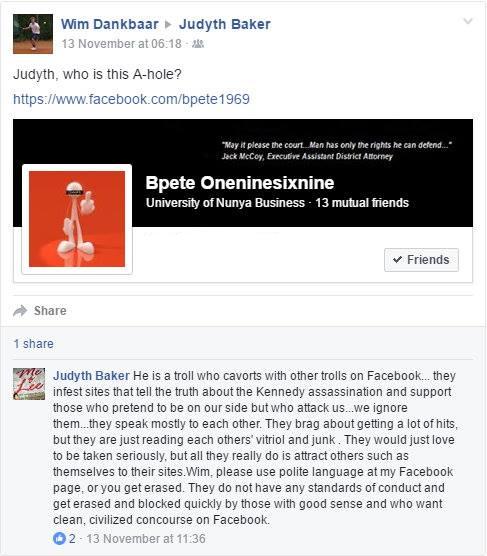 I have a blog, and a Facecrook page. I post at two Facecrook groups, one of which was created to discuss people like you. You have never been trolled by me, anywhere on the net. My blog accepts comments by anyone, including you, but you have decided to remain silent.

I took advantage of an opportunity, to ask a simple question of one of your supporters. He refused to answer the question.

I have challenged your conclusions of your "pixel analysis" of the Altgen's photo. I have shown clearly, that your initials are not on pay records from Riley Coffee. I have shown where your claims about keys on windowsills are fantasy.

You have taken the better part of your early life planning your moment of fame. It has taken you years to weave a tapestry of lies, embellishments and fabrications. You've spent as much time ripping out months of work and reweaving your creation as you have expanding your world of influence and fantasy.

I challenge you to produce one piece of irrefutable evidence of you being in a romantic relationship with Lee Harvey Oswald. Just one.

The only "witnesses" to your relationship, or any aspect of your interaction with Lee Harvey Oswald are people who you claim are witnesses and only became "witnesses" because you convinced them that they were. That's how con-artists work.

I will take every opportunity to denounce you, your efforts and the "half brained", wignuts that inhabit your narcissistic world.
Posted by bpete1969 at 9:18 PM