Raff* Sink has provided a perfect example of fetzering when dealing with the Moorman Polaroid and the location and body position of Motorcycle Officer B. J. Martin.

At every opportunity, Raff* will substitute a picture of a different Officer and then add commentary on how Martin was positioned on his motorcycle. His method has become know as the "Bait & Cinque". 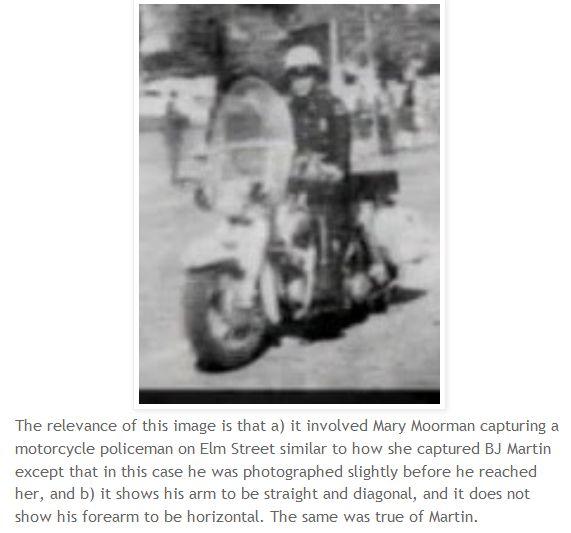 To people with common sense, point (a) is translated as: ...capturing a motorcycle policeman on Elm St. similar to how she captured BJ Martin...EXCEPT...it's not.

To people with common sense, point (b) is just a flat out lie.

Unfortunately for Raff*, it is totally irrelevant.

Here's another photo. I really like this one for the reason you'll see momentarily. 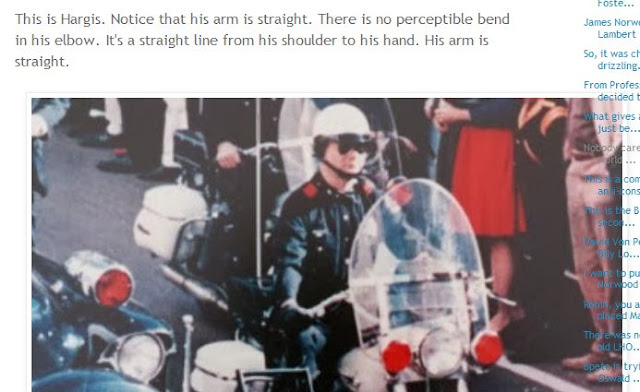 Here's why I like the above photo so much. Directly behind Hargis, is the subject of the debate, B. J. Martin.
Why doesn't Raff* show this..... 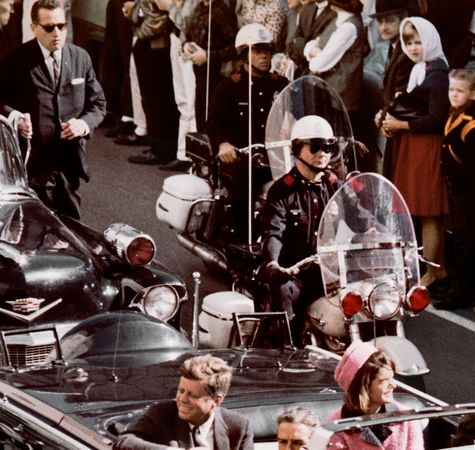 You can clearly see that B. J. Martin's arms are bent at the elbow and his elbows are near his side. His arms are not nearly as straight as Hargis' arms.

Ralph tries to further the false narrative when he performs his little driveway skits of fantasy... 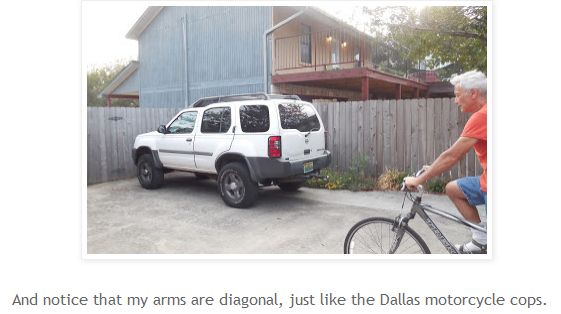 How do we know? 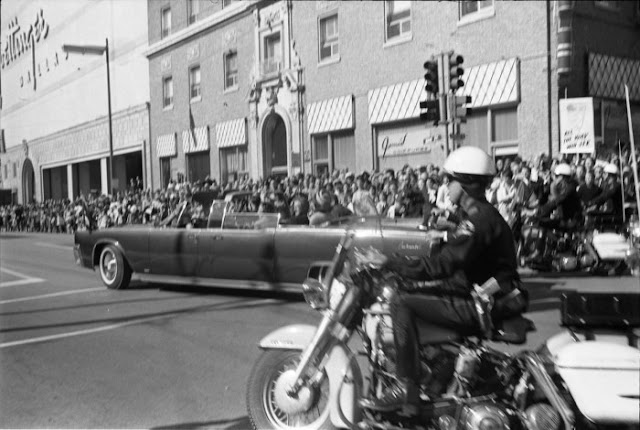 The Portal to Texas History